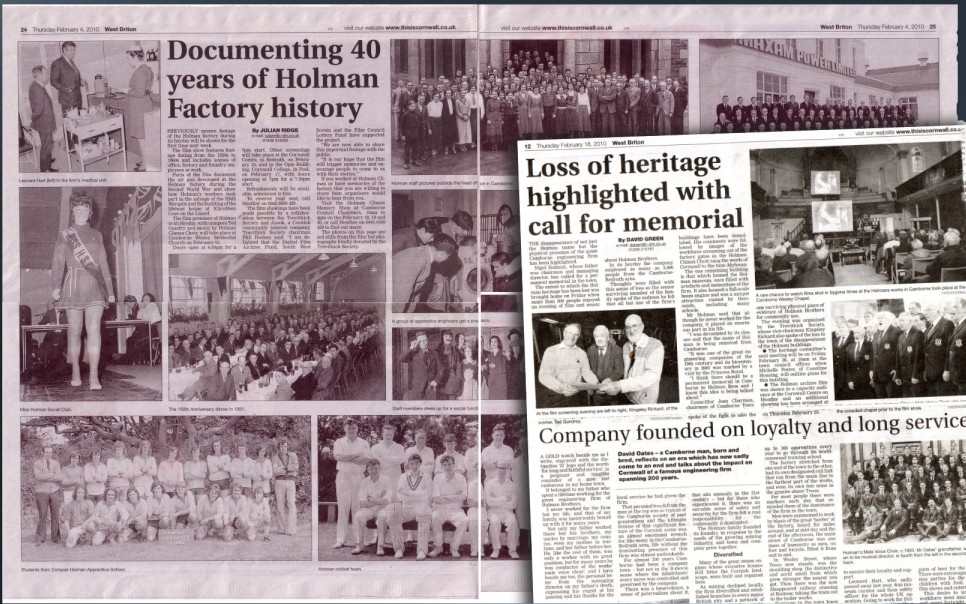 Azook volunteer and legendary broadcaster Ted Gundry has been recognised winner of the McCarthy & Stone Regional Retirement Awards. Regional head judge and operations director for McCarthy & Stone in the South West, Derek Field described the award, “As Britain’s leader in retirement living, McCarthy & Stone really wanted to celebrate the often overlooked achievements of those aged over 60, many of whom contribute so much to both their local communities and our wider society as a whole”.

Azook are delighted that Ted has received recognition for all his hard work. Ted has generously given of his time and expertise; hosting the Holman and Days of Clay archive film shows, recording community memories at memory shops and and editing audio recordings. He has also been busy sharing aspects of his own collection with schoolchildren across Cornwall through the Sense of Place Online Library and with the wider public through www.cornishmemory.com. The Azook office is always full of laughter when Ted is in the building and other volunteers learn a lot from working with him.

Having retired in 1999 after working 25 years for the BBC and despite spending so much time supporting the work of Azook, Ted still finds time to work with many other organisations. He is a very active Governor of Helston Community College, chairing the Personnel and Resources Committee and editing the College magazine. Ted is also President of the Helston St. John Ambulance Brigade, President of the Porthleven Gig Club, County Treasurer of the Cornish Pilot Gig Association and Chairman of the “Provider” project- a scheme to refurbish the last big fishing boat built in Porthleven.