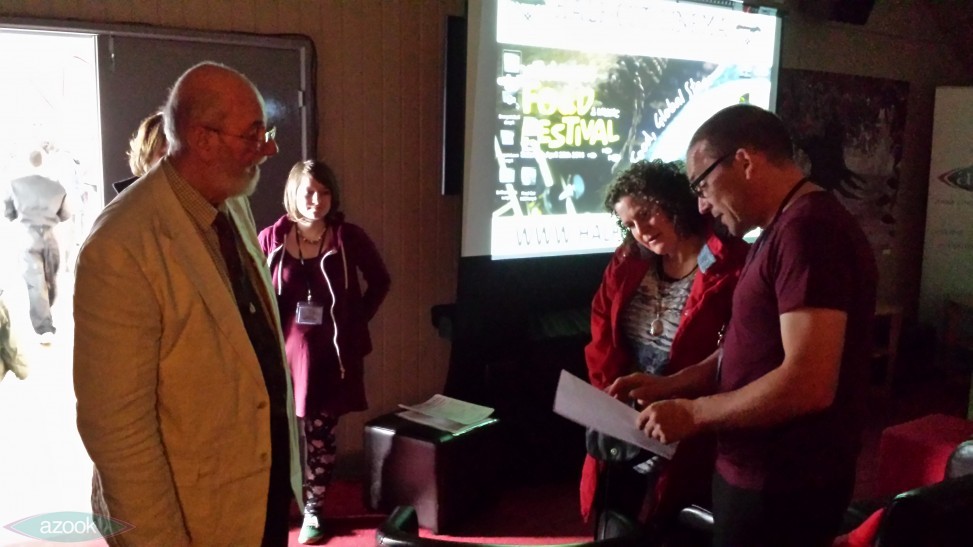 The cornishmemory.com team joined forces with the Porthleven based cinematic group HalfCut Cinema at the annual Food, Drink and Film festival. The film festival ran throughout the weekend and featured a number of locally grown films by local film makers. Categories included animations, art and observations. We were kindly hosted by the KotaKai restaurant.

The cornishmemory.com contributions included rare historic footage of the fishing boat Energetic and its crew. Energetic was tragically lost at sea in 1948 with only one survivor. This was the first public showing of the film footage ever. We were honoured to have with us relatives of the Richards brothers who were so tragically lost.

Also featured was footage relating to flooding of Porthleven over the past sixty years including the most recent devastation. There was a showing of the evocative rescue of the last fishing vessel to be built in Porthleven; the Provider.

A heart warming story of a classic Cornish fishing boat being found in East Anglia and transported home for restoration. Each showing was introduced by Ted Gundry the legendary BBC Radio Cornwall broadcaster.

There was a vast crowd at the Food and Drink festival and therefore we were able to speak to many of the visitors despite the terrible weather.